Posted on June 10, 2020 by McLaughlinandYoung

She was born February 1, 1995 in Richmond, Virginia, the daughter of Rodney Ellis Sherwood, Jr. and Brenda Lee Garrett Sherwood.

Desirae was employed as an in home care CNA.

She was a member of Joyful Sound Church, the Craigsville Community Choir, and a loving mother and daughter.

She was preceded in death by her great grandmother, Margaret Simmons.

A graveside service will be conducted at 2:00 p.m., Sunday, June 14, 2020 at Little River Church of the Brethren Cemetery with Pastor Mike Herring officiating.  Due to limited parking, friends and family are encouraged to park at Joyful Sound Church and carpool to the cemetery.  Please be at the church by 1:30 p.m.

Memorial contributions may be made to Craigsville Funeral Home or the funeral fund hosted by Joyful Sound Church to help with expenses.  In lieu of flowers, the family asks that attendees bring a helium balloon to release at the graveside service.

Posted on June 9, 2020 by McLaughlinandYoung

He was born December 20, 1947 in Covington, VA, the son of the late Aubrey Cash and Merle Woods Cash.

Warren was retired from ASR with 30 years of service, and also ran and operated a successful tree trimming business for 50 years, Warren Cash Tree Trimming.

He was a veteran of the United States Army, having served in Germany.

Warren is survived by his loving wife of 50 years, Marty Lou Cash; 3 sons, Warren Lee Cash, Jr. and wife Celia, Kenneth Cash, Joseph Cash and wife Misty ; 8 grandchildren Katie, K.C., Brandon, Madison, Colby, Ryan, Isaac, and Aubrey; 3 great grandchildren, Aria, Xander, Matthew; 3 brothers, Hampton and wife Gail, Steve, Timothy; sister, Lady Wilcher and husband Larry; sister-in-law, Dana Cash; and his faithful dog Ally, who he loved more than cake.  The family would also like to extend a very special “Thank You” to Dr. Marsh and Becky Johnson with Hospice of the Shenandoah for all their love and support, as well as Wendy Sprouse, Mary Lessley, and Melissa Sanchez for the care they gave.

He was preceded in death by a brother, Eugene Cash.

A funeral service will be conducted at 2:00 p.m. Friday, June 12, 2020 at Craigsville Holiness Church with Brother Garey Wilson officiating. Interment will be in Mt. Hermon Lutheran Church Cemetery.

Posted on May 8, 2020 by McLaughlinandYoung 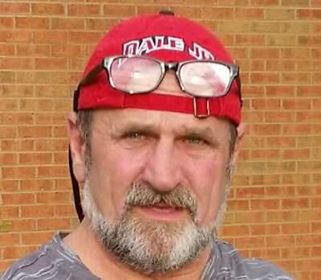 He was born February 26, 1960 in Staunton, Virginia, the son of Charlotte Christine Ingram Minter and the late Ralph Lee Minter, Sr.

Ralph was formerly employed as an equipment mechanic for Bryant Excavating and Septic.

He was a veteran of the U.S. Army.

Ralph was a member of Goshen Baptist Church, and was a loving husband, father, and grandfather who enjoyed riding his motorcycle.

Ralph was preceded in death by his grandparents, Tom and Lina Minter, Preston and Pauline Ingram; and a sister, Charlotte “Sissy” Minter.

A private family service will be conducted at Lebanon Presbyterian Cemetery with Pastor Scott Reese officiating.

Memorial contributions can be made to Craigsville Funeral Home to help the family with expenses.

Posted on May 1, 2020 by McLaughlinandYoung

She was born June 20, 1938 in Rockbridge County, Virginia, the daughter of the late Earnest Calvin Ingram and Sallie Ingram.

Rachel was a lifelong homemaker.  She was a loving mother, grandmother, and great grandmother, who absolutely adored babies.

She was preceded in death by her husband, Alf McHenry; daughters, Donna Wright and Faye McHenry; and son, Sambo Poole.

A private family service will be conducted at a later date.

The family will receive friends at her home.

When a mother breathes our last farwell,
The stroke means more than tongue can tell;
The world seems quite another place,
Without the smile of our mother’s face.

What is home without a mother?
All things this world may end;
But when we lost our mother
We lost our dearest friend.
Surrounded by friends, we are lonesome!
In the midst of my joys we are blue;
With a smile on our face we’ve a heartache,
Longing, dear mother, for you.

The flowers we placed upon your grave
May wither and decay,
But love for you who sleep beneath
Will never fade away.

Posted on April 29, 2020 by McLaughlinandYoung

He was born March 19, 1987 in Lexington, Virginia, the son of the late Lottie Ann Miller.

Matthew was formerly employed at the call center for Planned Parenthood.

He was a very spiritual person, who loved hiking and spending time with his family.

He was preceded in death by his grandmother, Celia Miller; uncles, Maxie Miller, Mitchell “Bunk” Miller; and a cousin, Josh Miller.

A private family service will be conducted at the Ingram Family Cemetery.

Friends may come for viewing Friday, May 1, from 9 a.m. to 4 p.m. at Craigsville Funeral Home.

Memorial contributions may be made to Craigsville Funeral Home to assist with service costs.

Posted on April 20, 2020 by McLaughlinandYoung

He was born June 10, 1937 in Craigsville, VA, the son of the late Jack Wayne Knight and Florence Buchanan Knight.

Marvin was formerly employed as a farmer and logger.

He was a loving husband, father, step-father, and grandfather who loved fishing and riding through the mountains.

He was preceded in death by two sons, Jeffery Lynn Knight and Marvin Knight, Jr.

Memorial contributions may be made to Craigsville Funeral Home to assist with costs.

Posted on April 20, 2020 by McLaughlinandYoung

She was born April 7, 1937 in Craigsville, Virginia, the daughter of the late William Roy Sprouse and Lena Sprouse Sayers.

Mickey was formerly employed as a seamstress for 20 years at Stillwater.

She was a member of the Estaline Valley Church of the Nazarene.

Mickey is survived by her children, Elizabeth Robin Mitchell and husband Wesley of Luray, Brenda Clifton of Craigsville, Teresa Gregory of Waynesboro, Russell Baker and wife Cathy of Ohio, and William Billy Baker of Craigsville; a stepdaughter, Margaret Jones of Staunton; a stepson, Rondell Jones of Staunton; grandchildren, David Clifton and Jay Clifton, both of Craigsville, Misty Carter of Waynesboro, Jereamia Jones of Staunton, Brandi Baker and Rusty Baker, both of Illinois, and Wesley Mitchell, Dwayne Mitchell, Nina Kling, Felicia Roberts and Christina Jones, all of Luray; great grandchildren, Natalie Clifton, D.J. Clifton and Audrey Ingram, all of Craigsville, Blake Gibson, Hunter Rhea and Raven Rhea, all of Waynesboro, Eli Jones and Aiden Jones, both of Staunton, and Chase Mitchell, Maddi Jones, Abbi Jones, Willow Kling, Ava Roberts and J.W. Roberts, all of Luray, and a special great-grandson, whom she raised Jacob Walker Jones, also of Luray; sister, Helen Loise Gardner of Craigsville; as well as Harvey Sprouse, who was raised as a brother, and Nellie Crummette, who was raised as a sister to her; special nieces Bonnie Sprouse of Craigsville, VA., Cindy Lane of Florida, nephew “Little Mick” Gardner of Craigsville, Va., as well as numerous nieces, nephews, and cousins.

She was preceded in death by her husband, William Perry Jones, who preceded her on July 20, 2019, a daughter, Karen Jones; and four grandchildren, Keri Beth Jones, Clint Carter, Charles “Duckie” Clifton and Josh Jones.

A funeral service will be conducted at 11:00 a.m., Thursday, April 23, 2020 at Lebanon Presbyterian Church Cemetery with Pastor Billy Curry officiating.

Viewings may be done from 9:00 a.m. to 4:00 p.m., Tuesday and Wednesday at Craigsville Funeral Home.

Posted on March 17, 2020 by McLaughlinandYoung

He was born February 11, 1933 in Bath County, the son of the late Andrew Preston Ingram and Pauline Smith Ingram Longmire.

Junior was formerly employed as a carpenter by trade and a warehouse worker for Augusta Correctional Center.

He was a veteran of the U.S. Army.

Junior liked to work on cars in his free time.

A memorial service will be conducted at a later time at Craigsville Funeral Home with Rev. Linwood Wilkes officiating. Interment will be in Lebanon Presbyterian Cemetery.

Posted on February 23, 2020 by McLaughlinandYoung

She was born May 2, 1923 in Staunton, Virginia, the daughter of the late Guy Wingfield Moore, Sr. and Dorothea Clayton Moore.  Dorothea was a lifelong homemaker.

She is survived by her son, Wesley Scott; grandson, Patrick Scott; and 1 great grandchild.

Dorothea was preceded in death by her husband, John Wesley Scott, and a brother, Guy Moore, Jr.

Memorial contributions may be made to the Staunton Augusta Rescue Squad.

Posted on February 18, 2020 by McLaughlinandYoung 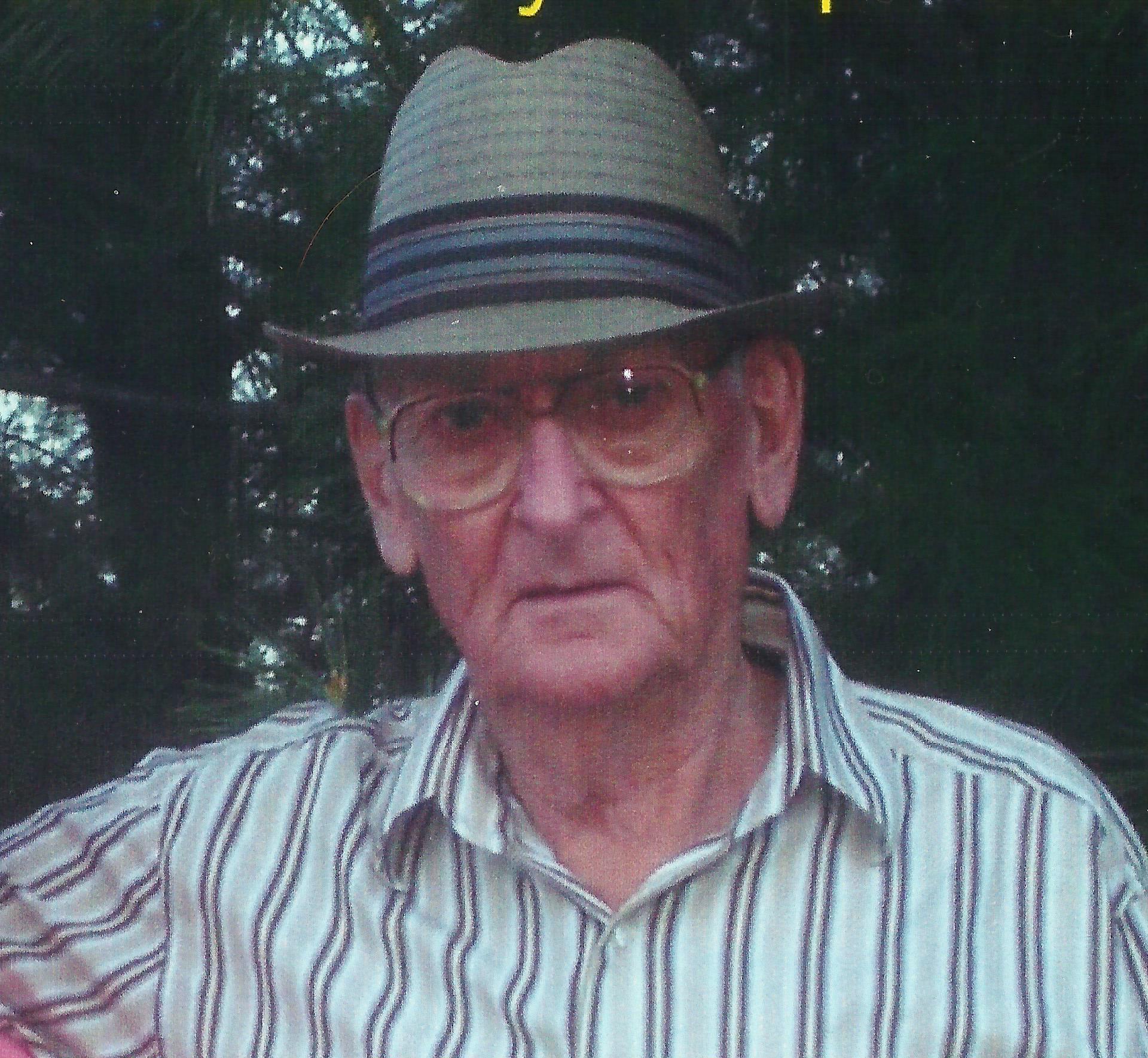 He was born July 14, 1934 in Bells Valley, VA, the son of the late Clain Allen Powell, Sr. and Ida Mae Patterson Powell.

Hoot was formerly employed as a roofer.  He was the official only member of the Bells Valley Worship Center.

He was preceded in death by 17 brothers and sisters.

A funeral service will be conducted at 11:00 a.m., Friday, February 21, 2020 at the Bells Valley Worship Center with Pastor Claudette Wilcher officiating, and Pastor Wayne Conners assisting. Interment will be in Craigsville Community Cemetery.

The family will receive friends the night before from 6 – 7 p.m. at Craigsville Funeral Home.

Memorial contributions can be made in lieu of flowers to the Goshen Fire Department or Rescue Squad.